The latest news and offers. 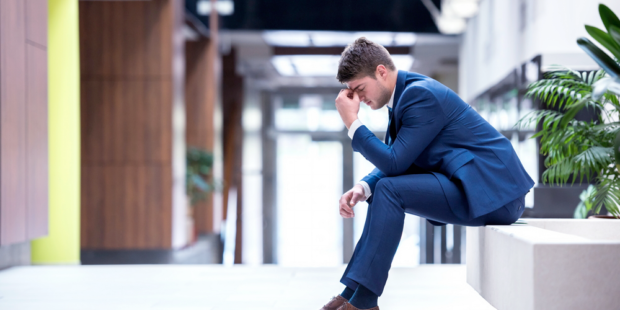 With so many business failing for reasons that often go unfound, we decided to ask a question:
“Why DO businesses fail?”
Now I know, it sounds like a trick question. “Not failing” doesn’t necessarily mean success. It’s not that easy, and we’ve listed the five most common issues plaguing startups these days.
1. Running Out Of Cash
Big banks and small business don’t necessarily see eye to eye all the time. It’s all about finding a balance between cash flow and loan availability, market opportunity and overall terms, and etc.
Nearly every successful startup will want outside funding at some point. Not every business is successful immediately, either. Think of it like a plane rolling down the runway trying to take off. Will you have enough “tarmac” to get you off the ground?
If you’ve got the cash right out of the door to keep your business afloat before the real profit starts rolling in, that’s fantastic. Not everyone finds that they have such an opportunity.
Accepting money from lenders can be a necessary step in making your startup profitable, and it’s important to know that you know what you’re accepting. That’s where Fundbrella comes in. We advise startups to set initial goals, and help them work through the often-complicated world of funding.
2. Hiring the Wrong Developers
Sometimes, your team may not fully understand the goals of a given project. Whether your business is physical or in the “cloud,” a website is a must. Getting the right people to work with can be frustrating, so make sure to keep people on your team who have integrity, flexibility, and creativity.
I have to admit, I almost didn’t put this mistake on the list. After thinking it over, it definitely was worthy of the number 2 spot. Founders generally don’t make good programmers. The mindsets are too different. Finding developers isn’t a problem due to this tech boom, but because of that you run into certain issues. Find someone who speaks the language you’re going to be using in the office. Don’t spend too much on someone, but pay them what they’re worth. Now if a company isn’t hurting, these will only be minor issues. However, it can be a death sentence to an already struggling group.
How do you pick good programmers?
This seems to have killed most startups back in the 90s, and we saw many entrepreneurs that thought the best way to do something was to hire someone to do it for you. Most people with that mindset couldn’t even tell who the right developers were, or how to choose these.
“Well it says on his resume that he’s a WordPress Certified Developer.”
But is he really?
3. Launching Too Late
All too often we see startup founders worried about launching too early. Sure, that can cause problems, but I think the worst issues are noticed when launching too late. If you think it’s “good enough,” get it out there and beta test it!
Becoming obsessed with perfection bogs you and your company down in the petty, small details. Early adopters are always more than happy to provide feedback so you can adjust and optimize your performance.
When it comes down to it, what are the BEST ways to ensure you hit the right launch?
Find a scalable, marketable feature and expand it. Pinpoint exactly when that feature will allow the product/service/etc. to launch, and get that done ASAP. Your early adopters are your family, they’ll help you improve while supporting you the whole way.
4. Lacking Re-Investments
It’s an extremely narrow-minded way of thinking to ignore investment opportunities. It’s important to protect your hard-earned business assets, and investing can be a remarkably safe way to go about it. We’re not advising you to take every cent you earn and throw it into a 20-year bond, as variety is key here.
Any good founder will have multiple streams of revenue, backing up primary business revenue. For startups, it may not be a good financial choice to hire a costly advisor. Instead, using your team’s wealth of existing knowledge and deciding as a whole how to invest can pay off well. If you know what you’re doing, try to divide attention in half, to each the product and the investments.
Focusing on one can hurt. If times are good, this doesn’t matter as much, but try to only focus on investments once you have plenty of safe capital and revenue.
5. Forgetting the User
If you make something that people truly want and need, you’ll be fine. Making money is not to be discounted, but it’s wise to be flexible when starting out. Don’t limit your marketplace availability.
Look, here’s the truth to it. The companies on top are the ones that put the user first. Airbnb made cheap vacations work. After it was working WELL, then they decided to look at making a profit from it.
Founders often don’t focus on making their product actually work well and benefit the user, encouraged badly by lenders looking to increase growth and fix “faulty” financial strategies. In truth, money is a tool used to better businesses not making mistakes.
Luckily, Fundbrella believes that the more funding a business finds, the more confidence, security, and determination it has to stay afloat even in tenuous financial times.

Latest posts by admin (see all)